Full Week of Homecoming Events Designed to 'Blast Up the Blue,' Oct. 15-23

The Old Dominion University community will "Blast Up the Blue" during Homecoming 2010, Oct. 15-23.

A week's worth of activities -- highlighted by a concert by pop star Ke$ha, a window-painting spirit competition, and a sculpture contest benefitting the Foodbank of Southeastern Virginia -- culminates with the Homecoming parade and football game on Saturday, Oct. 23.

"With more than 114,000 alumni worldwide, Homecoming is becoming a must-attend event for Old Dominion University graduates," said ODU President John R. Broderick. "We urge everyone who wants to reconnect with ODU to come back to school and take part, to see how much we've grown."

But the week also features other events, large and small, for every interest, with a common theme of celebrating Old Dominion University.

Here is a day-by-day schedule of events for Homecoming week.

At 7 p.m., the third annual Hip-Hop Across Cultures will take place at the Ted Constant Convocation Center. Thousands of ODU students will kick off Homecoming week with a global display of hip-hop and dance.

At 5 p.m., the ODU field hockey team will take on Maryland at the Powhatan Sports Complex, and at 7 p.m., the women's soccer team will battle Northeastern at the soccer stadium.

From 11 a.m. to 3 p.m. is "Paint the Town Blue," where volunteers will visit businesses and shops near the campus, painting windows with the "Blast Up the Blue" theme. Groups can win prizes, including a pizza party for the window that best promotes the Homecoming theme.

At 10 a.m. is the Department of Accounting's Homecoming 5K Run/Walk. The course starts in front of the Powhatan II Apartments, at the corner of Powhatan Avenue and 48th Street, circling the campus and ending by the Elizabeth River beach.

At noon is the annual Powder-Puff girls' football tournament, held on the lawn behind the Student Recreation Center. Also at the rec center will be a 3-on-3 basketball tournament starting at 1 p.m., and a students vs. faculty volleyball game at 6 p.m. Contact Nicole Kiger in the Office of Student Activities and Leadership at 683-3446 for more information or to enter any of these events.

At 8 p.m. in the North Cafeteria of Webb Center is the Homecoming 2010 poker and bingo tournament. Both events are free and open to the general public; students are asked to sign up in advance.

Tuesday is ODU Pride Day, with a gathering on Kaufman Mall beginning at 11 a.m. The event features free food, the announcement of the 2010 Homecoming Court and the announcement of winners of the following contests: Student Organization Banner, Monarch Spirit Video, Department/Office Decorating and Residence Hall Lobby Decorating.

At 8 p.m. in the North Cafeteria of Webb Center, the Homecoming Comedy Show will feature Godfrey. Known as the national spokesman for 7-UP, Godfrey has appeared several times on BET's "Comicview," and landed his own half-hour special on Comedy Central. His performance is reserved for ODU students and alumni. Tickets are free, and available starting Oct. 1 from the Campus Information Center in Webb Center.

Homecoming 2010 takes a humanitarian turn on this day with the week's community service project, CanSculpture. On Kaufman Mall, teams will construct sculptures made of nonperishable food items that represent Monarch Pride and the Hampton Roads community. Judging will be based on creativity and how well teams have incorporated the Homecoming theme, with bonus points awarded to sculptures that use as little material as possible that isn't a nonperishable food item. At the end of the contest, the canned food will be donated to the Foodbank of Southeastern Virginia.

At 6 p.m. is the annual Alumni Honors Dinner at the Marriott Waterside Norfolk. Sponsored by the ODU Alumni Association, the dinner honors distinguished alumni and community leaders. Tickets are $100, and there are other sponsorship opportunities available. For tickets, call 683-3097. Proceeds go to the Adam Thoroughgood Scholars Endowment and alumni programming.

At 8 p.m. the Homecoming 2010 Concert takes over the Constant Center, featuring Ke$ha, the singer/rapper who hit No. 1 in 11 countries with her debut single "Tik Tok" in 2009. The show also features 3OH!3 and Hellogoodbye. Tickets for the show are $15 for students and $25 for non-students ($20 and $30 on the day of the show); they are available from the Campus Information Center and the Constant Center box office, or by calling 1-888-3COXTIX.

Friday is the day that ODU's Class of 1960 and Class of 1985 begin the celebration of their 50th and 25th reunions, respectively. The Class of 1960 will have a light breakfast at the Baron and Ellin Gordon Art Galleries at 10 a.m.; the cost is $5. At 11 a.m., a free bus tour of campus is offered. At noon, the Class of 1960 will be recognized at the Founders' Day Luncheon. The Class of 1985 will have a cocktail reception from 6-8 p.m. in the Gordon Galleries; the cost is $18. Both classes will be invited to the ODU Alumni Association Tailgate Party on Kaufman Mall on Saturday, from noon until 3 p.m., prior to kickoff of the Homecoming football game. For more information about the reunion events, contact Trinity Massey at 683-3091 or tmassey@odu.edu.

At noon in the Constant Center is the Founders' Day Luncheon, the annual celebration that features the announcement of both the ODU and Town-N-Gown Community Service Awards. The cost is $20.

At 5 p.m., the field hockey team plays VCU at the Powhatan stadium, and at 7 p.m. the women's soccer team tangles with VCU at the soccer stadium. In between, the Monarch Maniacs will hold a pep rally on Kaufman Mall from 6-8 p.m., featuring appearances by athletes and coaches, the cheerleaders, dance team and the ODU Marching Band.

Homecoming Day! At 10 a.m., the Homecoming 2010 Parade begins, featuring floats made by student organizations and local businesses, along with the Monarch Marching Band and the ODU Army and Naval ROTC units. The parade starts on 49th Street and goes to Hampton Boulevard, to Monarch Way, to 43rd Street. Lieberman will be grand marshal.

Pregame tailgate parties begin at 11:30 a.m. for the football game against Georgia State, with alumni and student tents opening up on Kaufman Mall. At noon, the men's basketball Blue and White game will be held at the Constant Center. It is free of charge.

At 9 p.m. on Saturday is the students' 4th Annual F.O.R.E.I.G.N.E.R.S Homecoming Ball in the North Cafeteria of Webb Center. The event is for ODU students only.

For more information about any of the week's events, visit the Homecoming 2010 website, http://studentaffairs.odu.edu/homecoming.

This extra money has lifted a heavy weight off of my shoulder and I have you to thank for that. 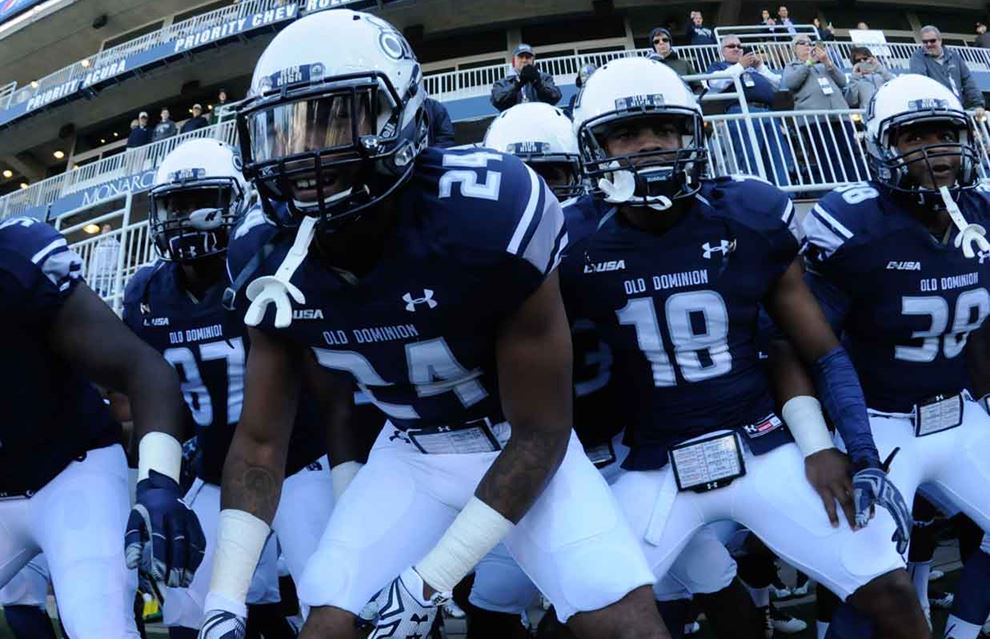 Together, We Can Go Further

Supporting ODU is one of the best investments you can make. The impact of giving goes beyond the borders of campus, into the local community and out into the world.

See Why to Give